Remote revolution in IT

U nbuffered was founded in 2019 to connect Senior Engineers globally with companies that would like to utilize the power of remote work. We realized early on that we are in a unique position to solve this ever more serious problem. The shortage of IT talent has left everyone in the marketplace deeply dissatisfied and has created an environment in which the hiring process is a universally disliked practice. Not only most of the process is cumbersome and inefficient for Companies, for Engineers it can also often be outright humiliating.

We have first-hand experiences with these problems as we have worked as Developers, Consultants, Freelancers, CTOs, and CEOs. In our past ventures, we solved our talent shortage problem by going global. With a decade of experience working remotely, we felt confident that we could assemble a distributed, World-class team. We strongly believe that working in an office setting is a relic of the past, so we work hard on turning remote work more accessible for everyone.

During the past few years, people came to us frustrated about hiring. We could do little to help except for introducing them to people we personally knew. Most of these introductions have worked out so well that people kept coming back for more. This gradually has turned into a business, and ever since then, we have been vetting talent, coaching companies, and trying to make this experience a lot easier for everyone.

We have been advocates of remote for a long time, but after 2020 everyone realized that remote work is not only possible but a necessity. It not only alleviates the chronic Engineer shortage, but it also provides people with more flexibility and a better work-life balance. We want to help more people get into remote work, regardless of their previous experience.

We refuse to believe that anyone’s level of expertise depends on their country of residence or origin. With the possibility of working remotely, we think this shouldn’t stop at the borders. For us, the talent pool is global, and the prospects can come from all over the World. We believe in equal distribution of talent and hard-working individuals.

Cybersecurity and privacy are our core values, and we take them extremely seriously. We are located in the European Union, and we apply the rules of the GDPR to everyone's data. During the hiring process, we select not only for technical skills but for conscientiousness and responsible behavior. If all else fails, insurance is our final layer of protection. 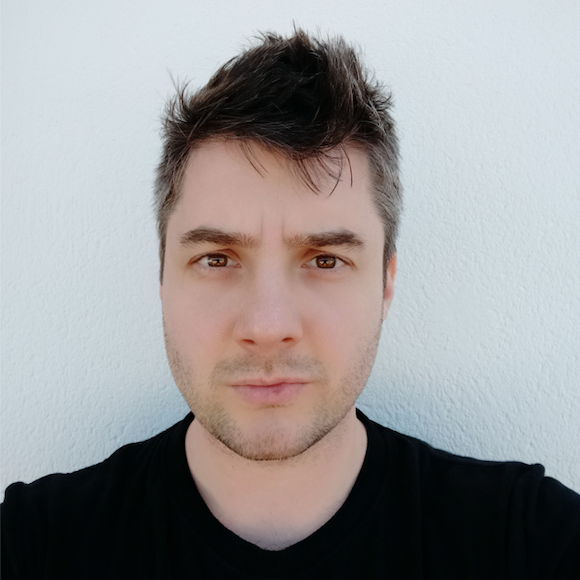 I have been doing IT for as long as I can remember. Over the years I wore so many hats that even I don't know what description fits me the most. I was a Security Specialist, a Senior Developer, a Cloud Architect, a Founder, a CTO and a CEO.

Technology has always been my passion.

When I'm not running the company I spend my time voiding warranties, doing security research, writing code in Python or C, messing around with the cloud, cryptography, and smart devices. I also have a somewhat unhealthy relationship with Linux.

During my professional career I have:

How did I get here?

I think my story started when I first installed Linux on the family computer when I was 14. Like a lot of young kids in the late '90s I wanted to become a hacker, so I taught myself Linux and C. I got enrolled on a Computer Science curriculum at a prestigious University, but I left to work for one of the largest websites on the planet at that time.

This was in 2008, and working for the 23rd website on Alexa.com was nothing to be scuffed at. We had a million unique visitors a day and I worked in Security and Operations. Later I went on to write a new video distribution server to replace the dreaded Flash Media Servers we had. The project was a huge success, but I felt it was time for a change.

Shortly after resigning I got an offer from a Silicon Valley startup to come in as one of their first employees. We all worked remotely and I have learned a lot about running a company and managing people. It made me decide never to return to an office.

In the midst of the Snowden leaks with a couple other privacy-minded individuals we started our own VPN company. I was the only techy so I wrote the MVP, which allowed us to bootstrap the company. Later on I naturally became the CTO and later I even ended up running the company as CEO. After a couple years we have decided to sell, which was the best decision we have ever made.

After a much needed hiatus I realized that I still loved technology, and I did not want to stay out of the loop. During this time more and more people came to me for advice, either for their personal careers or for their company. I liked the variability in consulting, but ultimately I decided to go on as a solo founder to try and build something that helps more people.

Early on I realized that talent and hard work is evenly distributed, but salaries were not. I have experienced first-hand what working for a Silicon Valley startup was like from a country with a low cost of living. It made financial sense to everyone, and to top it off it came with accelerated professional growth as well. It was a new, better way of getting work done.

This is the opportunity we strive to provide for Developers and Companies.